Can neuroscience help us understand Art?

One of my favorite garage punk songs by English artists is the Headcoats’ ‘Art or Arse’ with Billy Childish (from Tracey Emin). With a little stretch of mind, it raises the question of all times, ‘What is Art?’. One proposition to investigate this question is to look at the neural activity during an aesthetic experience. One of the two opponents at the ‘Can neuroscience help us understand art?’ debate at NYU’s Casa Italiana, Gabrielle Starr, studied the brain activity. One of her findings is a peak activity of the occidental lobe or visual processing and the striatum or reward system of the brain. Her opponent in the debate was Alva Noe , a philosopher who spoke out against the presumption that neuroscience can help us understand the true value of art.

The debate was kicked off with 20 minutes introduction of their positions by both Starr and Noe. Noe’s position requires perhaps more introduction than Starr’s to fully understand its value in the debate. Intuitively, most people probably agree with the common view of the higher arts on display at prestigious musea and galleries, despite the democratization of the arts and the rise of the entertainment industry. Most people will probably also understand the scientific approach of measuring the brain activity when we perceive a work of art. Starr’s argument is based on her collaborative work, published in a paper like The brain on art: intense aesthetic experience activates the default mode network (2012). 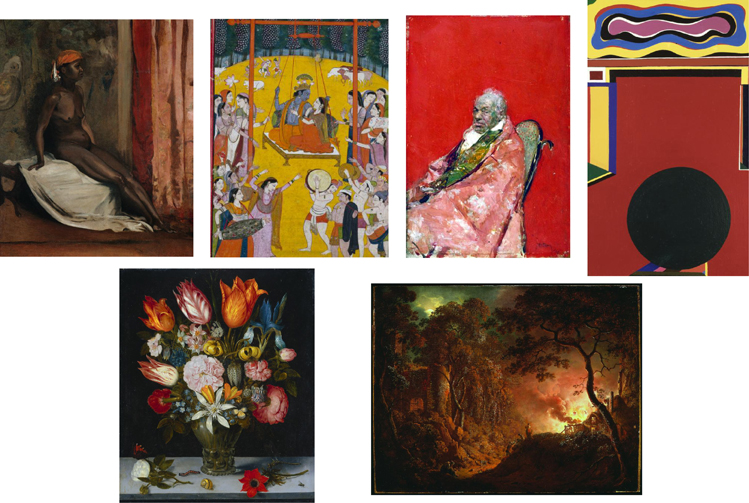 Noe’s position however is less familiar, less understood and a very philosophical one perhaps. It has nevertheless, a strong scientific basis that underlies many contradictions in science. At first, Noe’s argument against a scientific inquiry by Starr into the beauty of art and its neurology, reminded me of the rejection of the new arts of the Impressionists at the Salon de Paris by the Academie des Beaux-Arts.

In mathematics, Russel’s Paradox proved a paradox in Georg Cantor’s naive set theory, and thus the attempt to formalize a theory of sets necessarily contradicted itself. Wittgenstein applied this idea to language and argued against the idea of Platonic realism, which requires each word to be an abstraction, but thereby a representation, of a real object (or truth). Instead, in his ‘Philosophical Investigations’ he argues, we should not look at the Platonic representation of words, but at their use, emphasizing the social aspect of cognition instead of the meaning. Thus the definition of the word does not provide us with the meaning of the word. Add to this position, the Observer’s Effect in physics and Noe’s argument becomes more provocative than simply an archaic and conservative defense against the demystification of the classic arts.

Nevertheless, there exists no argument against the inquiries of science while there is incredible beauty in both science and art, which meaning we can never understand without undergoing the aesthetic sensation.

This site uses Akismet to reduce spam. Learn how your comment data is processed.